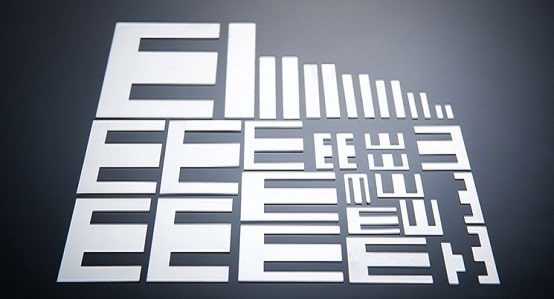 Permalloy is a kind of Ni-Fe soft magnetic alloy which contains 35%-81% of nickel. It is notable for its very high magnetic permeability, which makes it useful as a magnetic core material in electrical and electronic equipment, and also in magnetic shielding to block magnetic fields.

Permalloy is generally manufactured as strip and sheet form. However, bar, and wire can be produced by NiWire as request. Strip products are supplied in a cold-rolled condition for stamping laminations or as thin foil for winding of tape toroidal cores. Strip and sheet products may also be supplied in a low-temperature, mill-annealed, fine-grain condition suitable for forming and deep drawing.

Based on nickel content, we can divide them as below:

With 35-40% of nickel, Permalloy has high electrical resistivity due to their composition. Permeability is relatively low. Saturization induction is between 1.3-1.5 T.

Permalloy with 45-50% of nickel shows a relatively good initial permeability and a high saturation induction.

Permalloy with 54-68% of nickel are used exclusively for toroidal cores. The saturation induction is between 1.2 and 1.5 T.

Permalloy with 76-81% of nickel has high initial and maximum permeability and low coercivity but have relatively low saturation induction (0.7-0.8 T). Toroidal cores can be produced with a rectangular loop, a round loop or a flat loop.

The magnetic properties of the nickel-iron Permalloys are a function of strip thickness, melting procedure, chemical analysis, and freedom from contaminants such as carbon, sulfur, and oxygen that can be picked up during melting, machining, or annealing. Permalloys produced by NiWire are annealed in an inert dry hydrogen atmosphere to reduce carbon, to prevent surface oxidation during the annealing cycle, and to promote optimum magnetic properties.