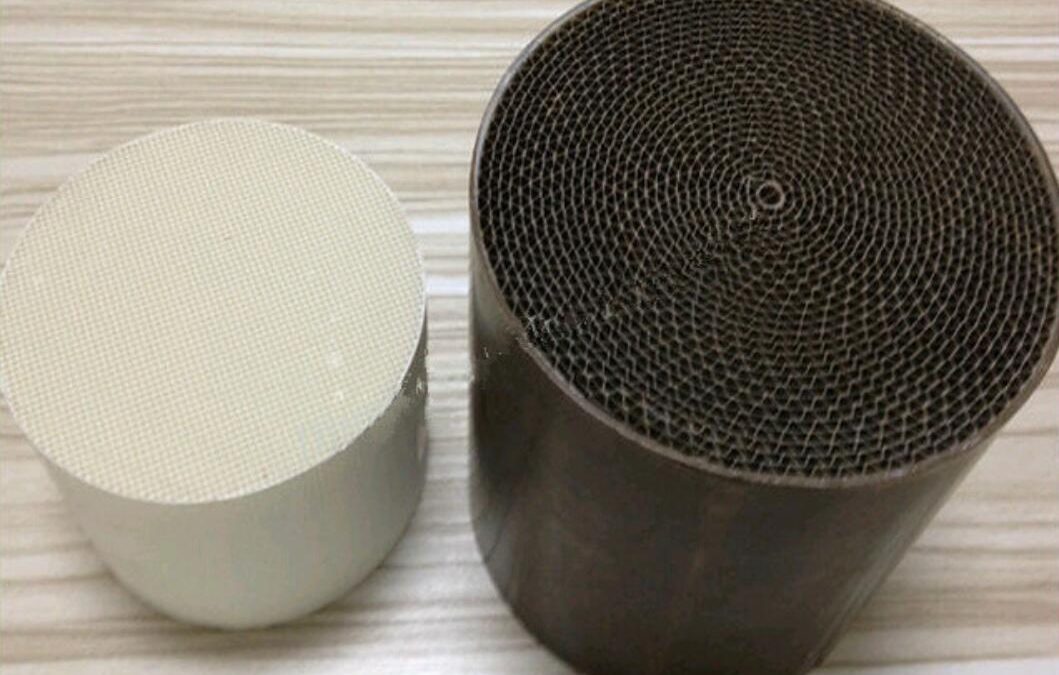 What is a Catalytic Converter?

A catalytic converter is a metal or ceramic cylinder-shaped monolith with many small passages for air flow. It is installed right after the engine in the path of the exhaust system of the car. The exhaust system pipes exhaust gases away from the engine and into the atmosphere. The catalysts covering the internal surface of the converter (in a honeycomb pattern usually) react with the exhaust gases as they flow from the engine through the catalytic converter. The toxic exhaust that was emitted from the engine (hydrocarbons (HC), carbon monoxide (CO), and nitrous oxides (NO2 or NOx)) is converted into less toxic gases (water (H2O), carbon dioxide (CO2), nitrogen (N2))before they are released into the air.

Ceramic monoliths are made by extruding synthesized cordierite into a round honeycomb shape with square or triangular passageways. It is then coated with a washcoat containing aluminum oxide which has a surface area of at least 100 m2/g. Platinum, palladium and rhodium are applied in another washcoat as catalysts. Metallic catalytic converters are made using corrugated FeCrAl foils which are rolled into a spiraling cylinder shape then put in a furnace to form an alumina (Al2O3) layer.

Ceramics have primarily been used as the substrate for catalytic converters and share a bigger market than metallic substrates. However, metallic substrates have been used since they provide a lower resistance to air flow and require less heat to warm up. Having a lower resistance to air flow is achievable because the corrugated metal roll allows gases to flow through almost 90% of the total front area while still providing more surface area than the ceramic monolith.

One advantage of metallic substrate is it has a lower specific heat capacity and higher thermal conductivity which allow the converter heated up quickly. It can be moved closer to the engine where exhaust gases are hotter and the converter can react quicker at higher temperatures. This is not applicable to the ceramic substrate because it cannot endure quick heating and might crack.

Another advantage of a metallic substrate is the ability to more easily manufacture the channels in different shapes to increase turbulence of the flowing gas. Increasing the turbulence makes the exhaust come in contact with more catalyst surface area thus converting more of the exhaust into less harmful emissions with a smaller volume. 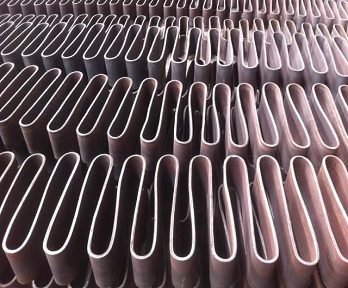 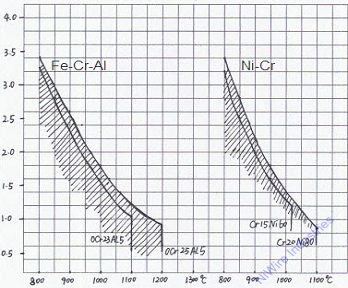